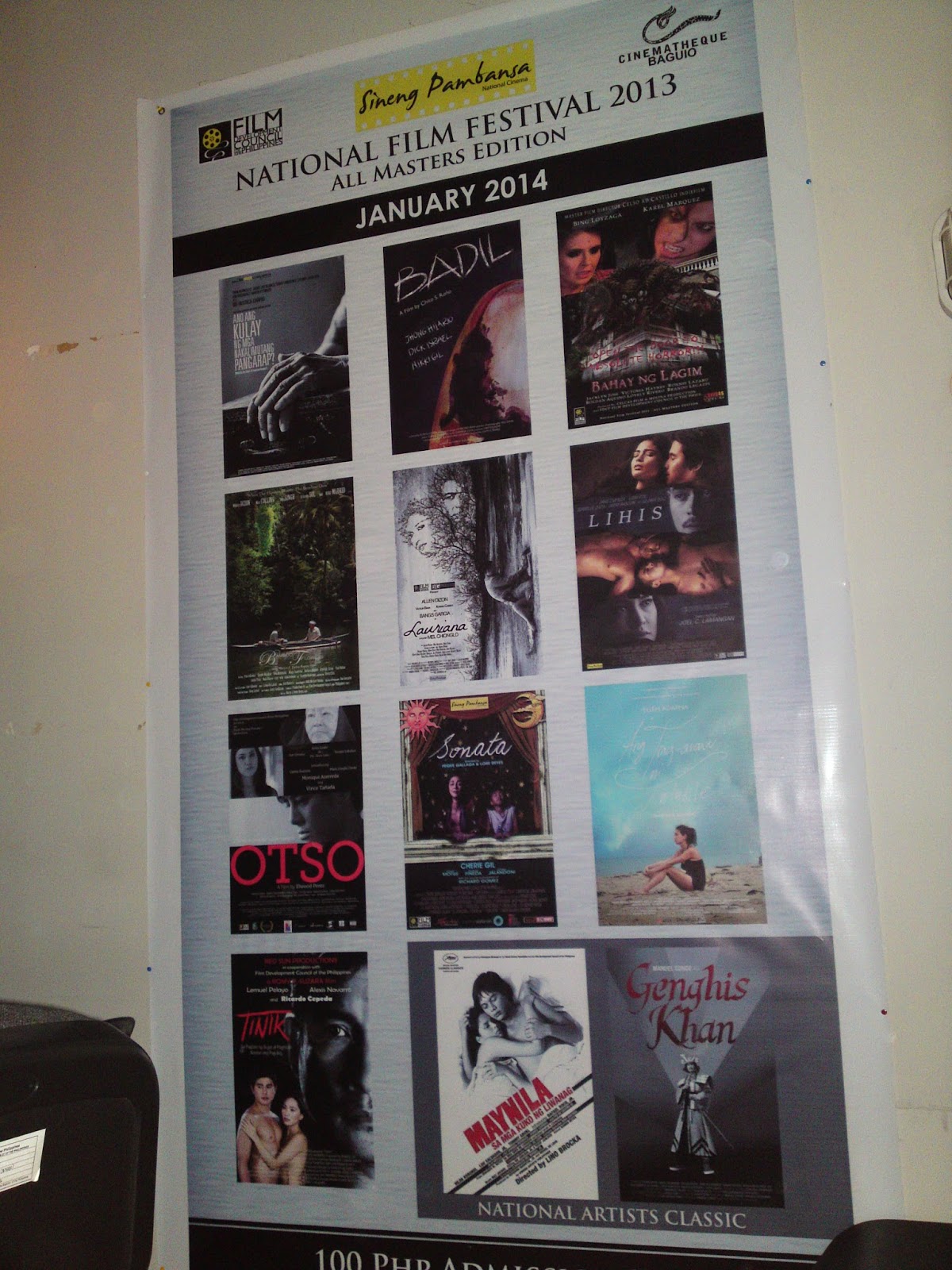 12 movies were featured by the Film Development Council of the Philippines or FDCP at the Cinematheque Baguio last January 2014 which were all part of the National Film Festival 2013 "All Masters Edition" and were shown at all SM Cinemas last September 11 to 17, 2013. This March, 2014, 4 of the 12 movies were scheduled as follows:

The ticket prices for each movie was only 100 pesos. FDCP Cinematheque in Baguio City is located at Casa Vallejo, Upper Session Road.

Below were the 12 movies featured last January 2014 at FDCP Cinematheque Baguio:

Also this March, 2014, there was a scheduled Spanish Female Filmmaker Festivals on all FDCP Cinematheques in the Philippines. The film festival which started last March 7 at Zamboanga, were also scheduled on Davao from March 14 to 16, Iloilo from March 21 to 23 and lastly, Cinematheque Baguio from March 28 to 30. 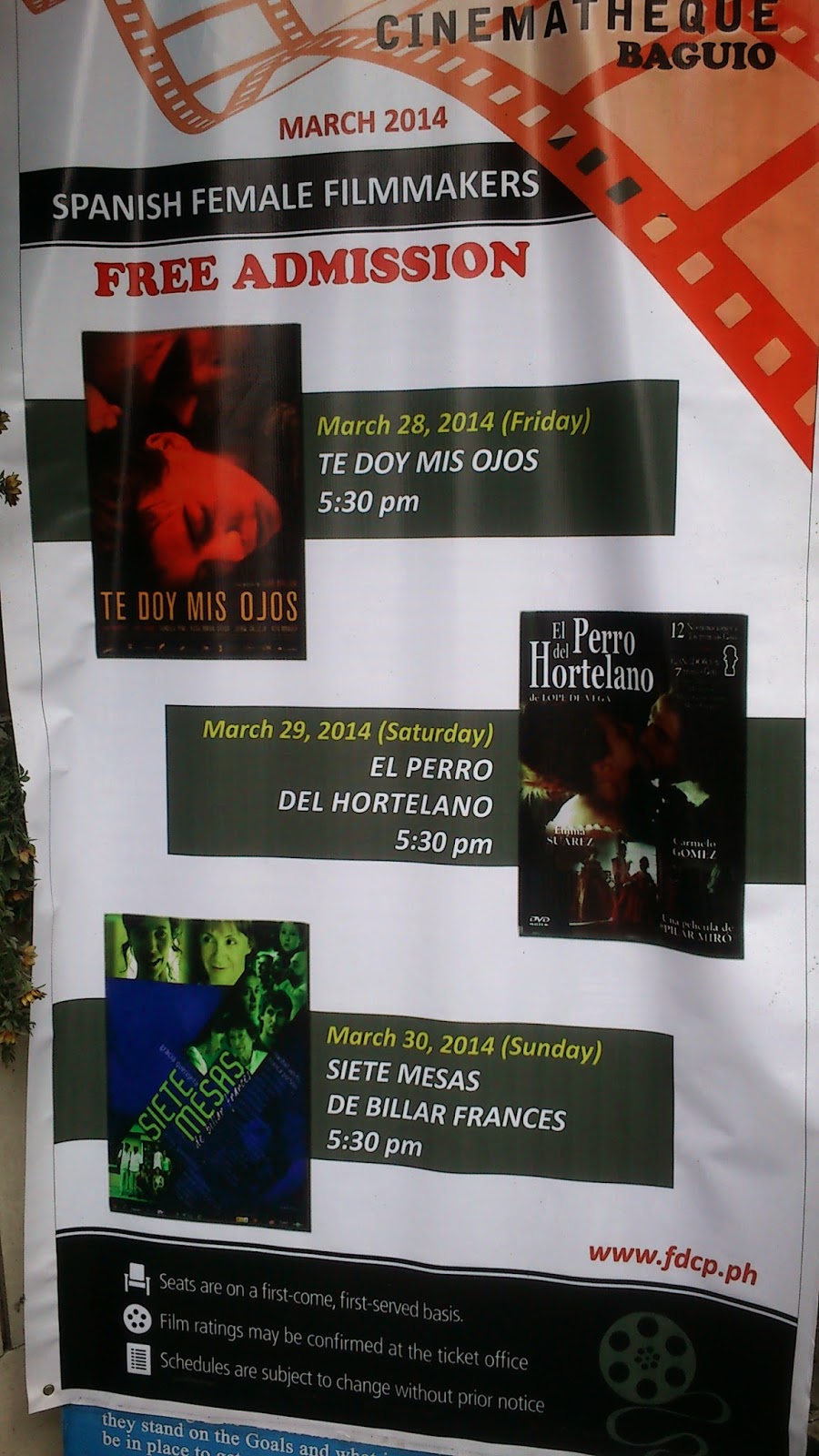