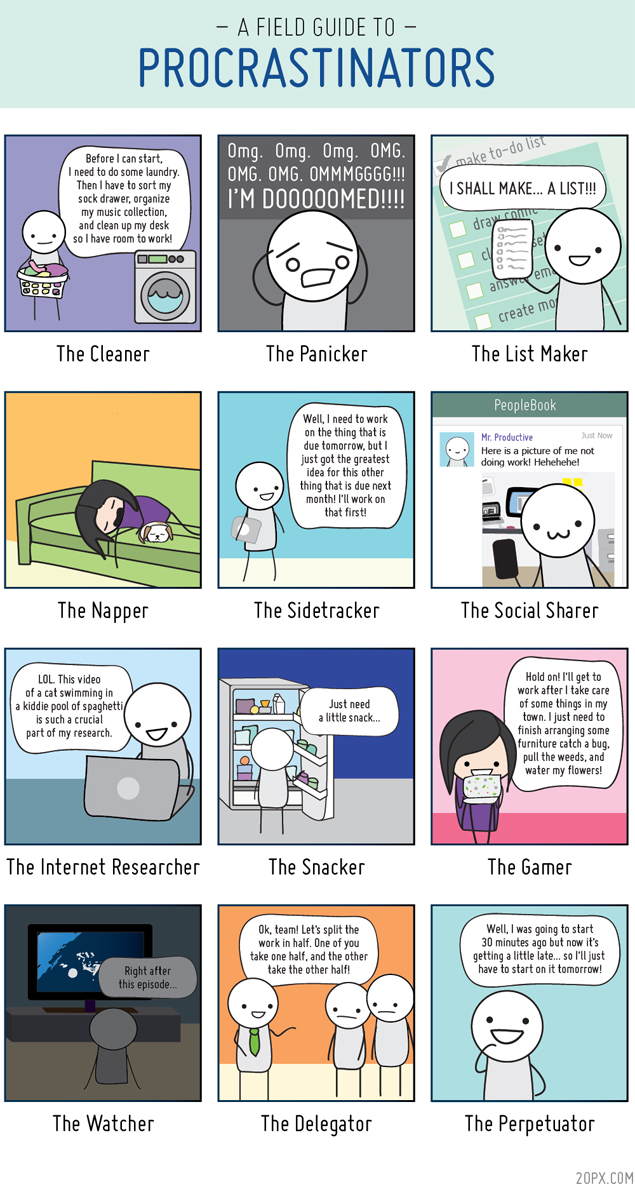 Procrastination - the act of procrastinating; putting off or delaying or defering an action to a later time (The Free Dictionary Thesaurus definition)

And the 12 Top Highest-Rated Definition of Procrastination from Urban Dictionary (NOTE: Likes and Dislikes as of today, 14 May 2014)
References: